You Are Here:Home/Warning to SME’s chasing late payments

SMEs will be disadvantaged in chasing late payments from big business customers the Bar Council has warned.

Wealthy individuals and big business will have the upper hand in court proceedings if further increases in court fees get the go ahead under plans announced by the Ministry of Justice, the Bar Council has warned.

The Bar Council, which is the national representative body for barristers in England & Wales, warned that the higher costs of bringing court proceedings will cause a greater imbalance where one party is wealthier than the other. The Bar Council says that the richer party will have a stronger bargaining position in any settlement negotiations, and could simply refuse to settle the case, knowing that the weaker party would be unable to afford to take the case to court because of the high fees.

These problems will be faced by small businesses chasing late payments from bigger business, warns the Bar Council. It will also lead to an increase in the number of people attempting to represent themselves in court.

Alistair MacDonald QC, chairman of the Bar, said: “It goes against every principle of justice that one party should have an unfair advantage over the other in a court case. Further court fee rises will mean that wealthy individuals or businesses immediately have an advantage if they find themselves facing a claim from someone of limited means such as a small business facing cash-flow problems, and that advantage will have nothing to do with the merits of their case. The wealthier party is in a stronger position. The poorer party is either priced out of court or makes an attempt to represent themselves, which not only slows the court process down, but leaves them in a weak position against the other party in the case.”

If you are an SME and want to be prepared in advance, you can find out how Sterling Debt Recovery with their in-house legal team can provide the most cost effective way to bring a case to court. In practice the sooner you address a debtor through involvement of a debt collector, the more likely you are of avoiding a need for legal action altogether. read more here Sterling Legal Services 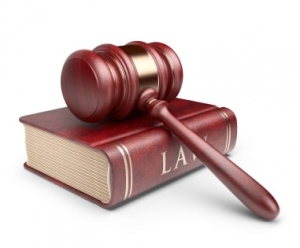